Free yourself from a DEADLY CURSE! 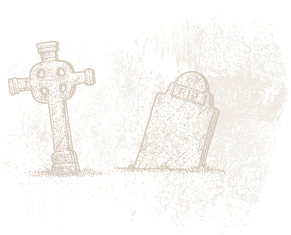 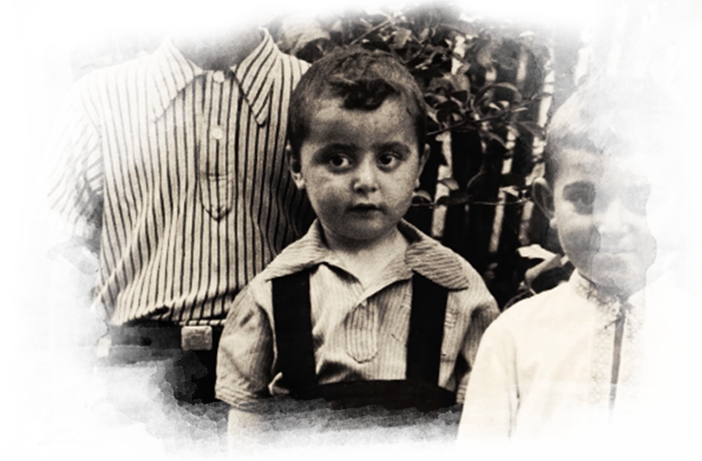 In the late 19th century, during an ill-fated Halloween service, the deranged minister of Crickley Church decided to kill his entire congregation after their confessions had convinced his twisted mind that they had, among themselves, committed the 7 Deadly Sins. In order to punish them for their sins, the evil minister passed around poisoned bread and wine. As the congregation choked on their last breaths, the minister incited a curse on the children playing in the rooms beneath the church, and then buried himself alive in the church’s hidden crypt, determined to haunt the church forevermore. Your Great Grandfather was one of those innocent children. You began to think back on the mysterious deaths of family members and close friends ever since that fateful night.
I've read enough! Book now 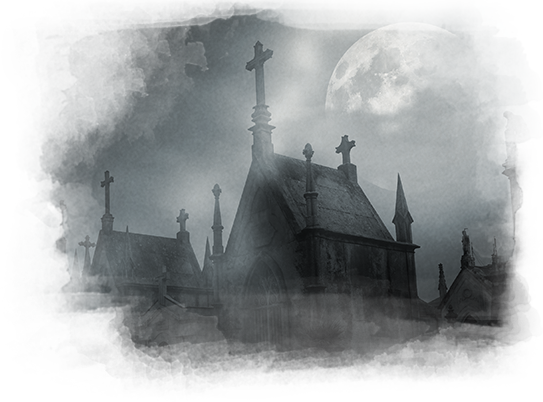 Trawling the many ancestry websites to gather your evidence leads to a terrifying conclusion. Every year on Halloween someone related to a member of the congregation dies an unnatural death. As you study the pattern of these accidents and the people involved you discover that you are next - and time is running out... In your panic, you contact the American Paranormal Society and they have told you that the only way to end the curse is to find the body of the evil minister and drive a sacred dagger through the remnants of his heart. This will lift the curse, and the souls of the victims will finally be able to rest in peace.
Don't give it away! Book now 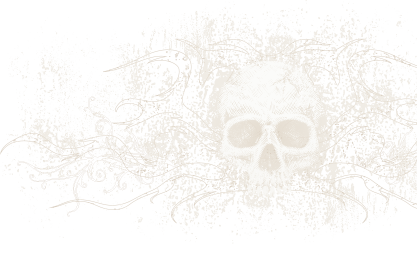 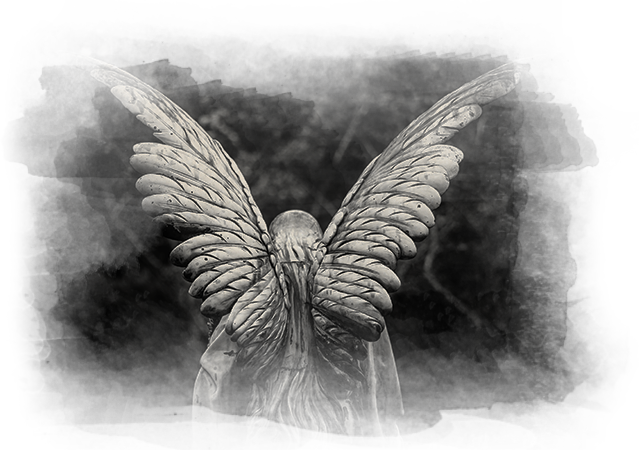 Not wishing to take on such a daunting task alone, you have convinced your bravest friends to race to Crickley with you, break into the abandoned Church and find the hidden crypt. You enter the churchyard at 11 pm and the iron gates immediately slam shut behind you, locking you inside. The minister seems to be playing one last trick on you. Can you complete your mission and escape the church before the clock strikes Midnight? Or will you fulfill the curse and your name be the next on a headstone in your family’s graveyard plot? Find the hidden crypt, find the dagger, and drive it through the heart of the evil minister. Then and only then you will be saved and will destroy the curse forever. Be brave... Stay calm... Work together... But remember... Time is of the essence...
Let me at 'em! Book now
Book Now
Gift VouchersAll Games/Dates

Escapology is the best escape room we have visited. We choose the Mansion Murder. It was challenging, definitely a group effort to succeed. The manager Jimmy Havlin and his staff did a fantastic job ensuring we all had a great experience.